Home / About Us / Company History

KlineFire began in 1964 selling fire extinguishers from a home garage under the name Lindsay Kline Sales. It was founded by Australian test cricketer Lindsay Kline in the south-east suburbs of Melbourne, Australia.

In 1972 Lindsay Kline Sales relocated to a small 100m2 factory in Moorabbin. The Product range had expanded from extinguishers and featured their own “LKS” fire hose reel which is the only remaining hose reel manufactured in Australia today.

In 1977 Lindsay Kline Sales expanded, increasing its product range to include various hydrant assemblies. The new product range had hit record sales, resulting in a move to a 250m2 factory in Burwood.

Through 1980-1990 Lindsay Kline Sales had prospered into a household name within the local fire industry. With a growing 100+ client base, word started to spread and soon Lindsay Kline Sales became known statewide for its quality of service and product.

In 1993 Lindsay Kline retired from the workforce, leaving the business to his 2 sons Andrew and Tony.

In 1994 Lindsay Kline Sales saw an opportunity in the industry and launched a new venture, adding the “Fire Maintenance” arm to the company.

Through 1994 – 2004 Lindsay Kline Sales began supplying and maintaining products nationwide, winning key clients and resulting in the growth of the product and maintenance division.

2005-2011 KlineFire began to establish a brand nationwide, maintaining some of Melbourne’s biggest land marks such as Etihad Stadium, Melbourne Airport and the Melbourne Cricket Ground.

By 2012 KlineFire had grown exponentially, with a client base of 500+ this resulted in a move to a 1500m2 warehouse in Noble Park where it still resides today.

In 2013, the KlineFire brand continued upward with successful larger contracts, winning key maintenance clients such as Spotlight and Goodman’s.

In 2014 KlineFire had established itself not only nationwide but also globally, through key clients such as Wormald. KlineFire continued to supply products overseas – Protecting oil rigs, wharfs and mining facilities with its patented “custom” LKS fire hose reel.

In 2017 KlineFire announced a nationwide distributorship with Kidde Technologies, A Raytheon Technologies company. This earmarked the biggest venture yet for KlineFire, securing its position within the fire industry on a global scale.

To this day – KlineFire are widely recognised for its quality of service and product, It’s 1000+ client base stretches not only Australia wide but also globally. With over 50 years’ experience KlineFire has become a leader of the fire industry. 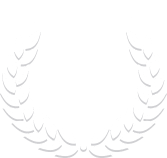 KlineFire recently celebrated its 50th anniversary. In these last 50 years, KlineFire has become a leader in providing quality fire protection products. We look forward to many more successful years ahead!